Medical illustration has accompanied a person to one degree or another since the very inception of drawing. In some cases, artists, rather than doctors, were the first to seek out anatomical specimens and study their structure to create art.
The earliest medical works were not illustrated. Later it became clear that knowledge of the human body and its structure is essential, and anatomical illustration has become an integral part of the educational process.

The first educational illustration appeared in Hellenic Alexandria around 4-3 centuries BC. The Hellenes depicted anatomy, surgery, obstetrics, and medicinal plants on the papyri.

The accuracy of such pictures left much to be desired. Illustrators thought primarily about the visual perception of their art, not medical accuracy. The drawings were rough, sketchy, and lacked scientific value in other cases.

Studying anatomy for medical illustration was mainly was forbidden on autopsy after death in those days. No culture has tolerated human dismemberment. Therefore, there was no question of studying and even more artistically depicting the internal structure of a person on the bodies of the dead. The first recorded forensic autopsy took place in Bologna in 1303, and it was not until the early 15th century that public autopsies began to occur.

In the essay De lactibus, published in 1627, the Italian anatomist Azelli made a breakthrough in science with his discovery of human lymph capillary and tried for the first time to use color to distinguish parts of the body. Since the second half of the 1700s, color has also depicted pathologies and other diseases.

What skills do you need to know for making a medical illustration?

If you want to be a medical illustrator, you should:

And at last, you will probably not get this job if you don't love what you do!
The amount of information this science contains can be daunting, but it is not a problem if you have good teachers. Even if you are already an experienced artist, it is worth testing your skills in this area to learn something new.

Medical illustrator animator needs to make an effort to convey color, lighting, shape, or image in a drawing. The most difficult task of an artist is to convey the moment of movement. If you observe an athlete's training, you will notice that the arms, legs, and torso take a different shape when the muscles contract or relax. Students train in the following areas:

This part focuses on those aspects of human anatomy that you will need to draw a human. You do not need to know every muscle and all internal organs, but you need to know everything that affects the shape and surface of the body. This knowledge should include the skeletal structure, the major muscle groups that support the body, and the distribution of fatty deposits under the skin.

It should be emphasized that a good drawing of a human figure has little to do with an anatomical scheme.

Muscles. There are just over six hundred voluntary muscles in the human body, but for the medical illustrator animator, it only needs to be discussed:
large superficial muscle groups that influence body shape and are responsible for limb movements; and much more complex muscles that affect facial movement.
These are all skeletal muscles. Most skeletal muscles attach at both ends to bones (through tendons) and act as a spring tension in that they are able to contract. At the same time, they enable one bone to rotate relative to the other, like a lever. The muscles that give expression on the face connect bone and skin.
A muscle is made up of thousands of fibers, each of which is controlled by a nerve ending. These nerve endings respond to signals from the brain by releasing small amounts of acetylcholine, which causes muscle fibers to contract along their length, making them shorter and thicker.
Muscles are located the same in the male and female body, and differentiated fat deposits on the chest and thighs cause gender differences in body shape, which are also worth paying attention to for medical illustration.

How to do a great medical illustration?

You can find many high-quality photo textures on the internet. Working with these textures makes your illustrations more realistic. Take a look at this tutorial for best practices when working with photo textures in Adobe Illustrator or in Portfoliobox.
Hopefully, all this information has been useful for you. And we could advise you to create your online portfolio website. You can display your works and even find customers with the help of your art portfolio website.

What does a medical illustrator do?

An illustrator who works in medicine must correctly and accurately draw pictures related to medicine. To do this, you need to expand your knowledge in medicine.

How much do medical illustrators make a year?

Since such a profession requires additional knowledge and any artist cannot cope with these tasks, the pay is high. The average US medical artist earns between $ 70,650 and $ 173,000 per year.

Of course, there are not so many artists working in this area. With special education, you get the chance to earn more money.

What is included in the whole process of making a medical illustration?

An online portfolio made for Creatives

With all the tools a professional needs 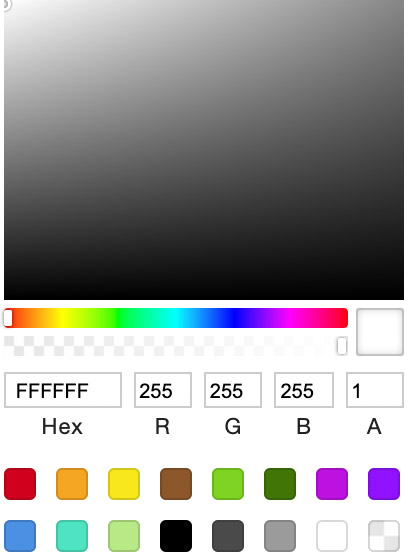 Get started for free

Build your own portfolio